The Slab and the Doorstop 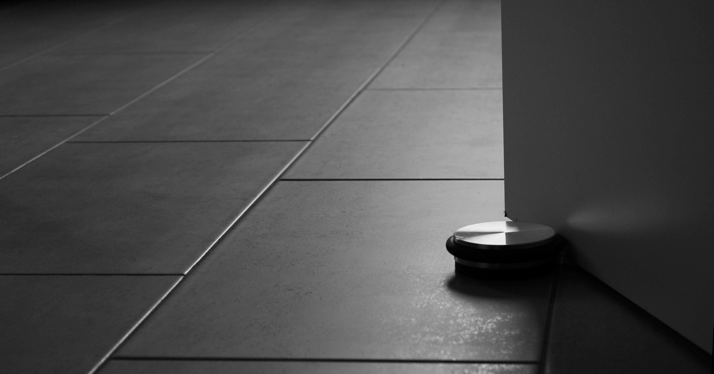 In 2008, with Dileep Ratnaike, Jill McAfee, Tim Friesen, and a few others, I had the privilege of doing what was possibly the first Christian Tour of Azerbaijan since the Apostle Bartholomew was martyred at the Maiden Tower in Baku. The precious brothers who had organized the tour had purchased a semi, and used the cargo trailer part as a performance stage that would fold out, making more stage space and leaving one side still vertical as a back drop. The front and back of the trailer were folded out as well and used as projection screens for our translated lyrics. All the touring equipment was carried inside the trailer, so the entire operation was self-contained. It was awesome!

During the set-up I was approached behind the trailer by our country leader, and he introduced me to Azer, an Azeri Pastor who would be my translator for the concert. Azer was obviously nervous, sporting the scars he received from the KGB the last time he was imprisoned in Azerbaijan for being a Christian Pastor. (Interestingly enough, later on during the event I did notice the Secret Police casing the concert, talking to each other through mics and ear-pieces, listening to every word and watching every move we made.)

After the initial pleasantries, he spoke with deep emotion, “Bill Drake, we are willing to die for Christ here in Azerbaijan. But we are not willing to die because some ignorant American thinks he can come in here and help solve our Spiritual problems with one concert. That is why your little “crown of thorns” prop on stage, your little “cross”, and other Christian paraphernalia has been removed from the platform.” He continued, “And you will not be using the name ‘Jesus’ during the concert; you can talk about God all you like, and should certainly mention your Heavenly Father, but we are going to be subtle today, so we can be here tomorrow…”

I was floored. We had raised so much $$$ to be there, and assembled an amazing team of talent for the tour. We had not been told all of this, although we were not completely in the dark as to how we need to tour as Christians in a Muslim country. But my heart

was deeply shaken, so I went for a walk way out into the vast green open space of the Pasture/Fairgrounds that had been given to us to do our concert in.

Standing out in the vast open space, and looking up at the snowcapped mountains of Dagestan in the distance, I began talking to God. What was going on? Why was I really here? How was I supposed to respond to this? And then God spoke, and I was not expecting at all what He had to say!

“Bill, are you willing to be a ‘Slab’ for Me? Are you willing to lay down like an ignoble piece of concrete on the ground, laid low and laid down? Because if you are, then on you, and many who I am going to bring alongside you, I am going to build something that no man can tear down.” It hit me hard. I knew what it meant. It meant that my season of being “just” Bill Drake, the international recording and performing artist, was going to diminish, and God was going to do something else. But I needed to lay it down. So I got down on my knees, and told God that I would – that my life and ministry were His, and He could do want He wants with me, my music, my talents, and my life.

“Bill, are you willing to be a Doorstop for Me? Thank you for being willing to lay down that which is precious to you, to Me. I will raise you from “Slab” status to ‘Doorstop’ status, Bill, but are you willing to be a Doorstop for Me? A humble piece of wood kicked under a door, watching as others pass you by? Because if you are willing to do that, then with you, and many who I am going to bring alongside you, I will prop open a door no man can shut.” I was on the ground. Through tears and brokenness, I said “Yes, Lord”, and like Mary the Mother of Jesus, I said “Lord, do unto me according to Thy will”.

Only heaven will record the fullest results of the sacrificial decisions we make on this earth. But it does not surprise me now that within two months of this encounter I was involved in the OM International decision to explore birthing an international Arts Ministry within OM, and within two more months a task force was appointed to draw up the initial Charter for OM Arts International. Two months after that in February 2009, the international leadership of Operation Mobilization laid hands on me at a key meeting in Brazil and commissioned me to lead this brand new ministry in OM: OM Arts International.

We started our first meetings as OM Arts International in 2009 with Dileep Ratnaike, Mat and Geinene Carson, Frank Fortunato, Bill and Robin Harris, Pat Butler, Linda Wells, Jon Simpson, and invited guest Colin Harbinson. As of today (June, 2016), OM Arts is 73 Artists (working in a variety of capacities from fulltime Artist in Ministry to missionaries serving as artists in their spare time) in 23 OM Fields. In the last four years alone, 517 artists have been on 95 Short Term Arts Missions trips hosted in over 30 countries. 118 artists and arts leaders attended OM Arts training courses. And over 109,500 locals came to OM Arts’ events in over 30 countries and have heard the Gospel have Jesus Christ. To God be all the Glory.